How are you doing? I wishing all of you a happy easter break! For me, the lent term at LSE just over by end of March. Meaning that I have 1 month holiday before the summer term that will begin on 23rd of April.

Since a month ago, me and my friends (Jordy, Faris, Awatif, and Hilda) has discussed about our holiday destination! Since we are a group of scholars who wants to explore the world with tight budget, we really careful while planning our trip. After discussed it together, we decided to visit Italy for a week. I'm so excited! We know that Italy is one of the most visited country in Europe. It is not only because of the ancient building, but also about the nature, history and culture, warm vibes, and food! Initialy, we plan to visit 4 cities, but turned out we visited 6 cities (and town). We started with Rome, Vatican, Florence, Pisa, Milan, and Bellagio. In this post, I will share with you our travel pictures in each cities with a little description to guide you. And also, I will share you the ideas for the photo shoot as well at the end of the post :P
Fontana di Trevi or Trevi Fountain is the biggest fountain in the city of Rome and the most famous fountain in the world! Because of the film "Three Coins in the Fountain" in 1950s, throwing coins to the fountain has became a trend. There are approximately 3,000 euros thrown to the fountain. Wow, that's a lot of money!

Well, most of you may already know what Colosseo or Colosseum is. It's a massive stone amphitheatre/ gladiator arena in the center of Rome. It was used for gladiatorial events such as animals vs prisoners battles, prisoners' execution, sea battles -that sacrificed thousands of souls. However, one's said that there is people living at the apartment inside the Colosseum ~ I cannot imagine how creepy it is! 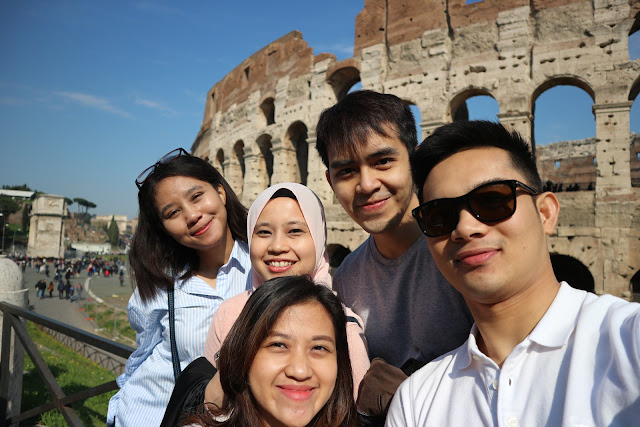 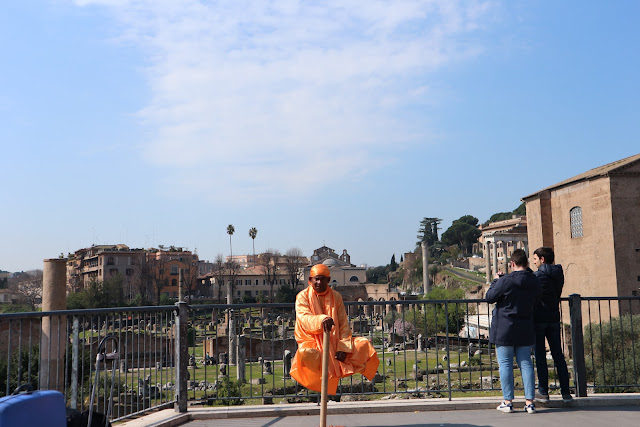 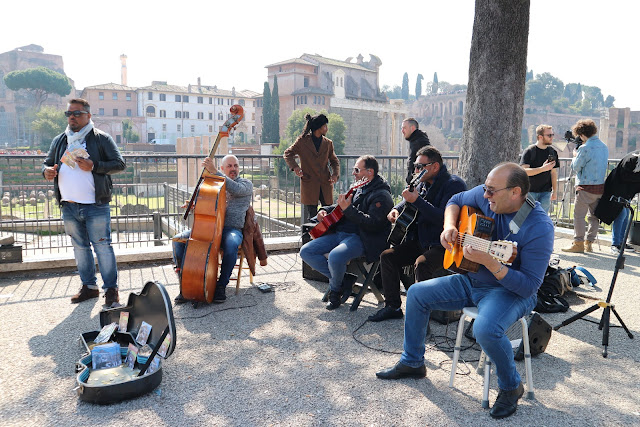 Palatine hill can be considered as the center of Roman people living neighbourhood. It was occupied since 10 century BC. Later in 27 century BC, August Caesar built his emperor there.

Is a square that surrounded by ancient government building in the era. Many important government and cultural occasions was held here. 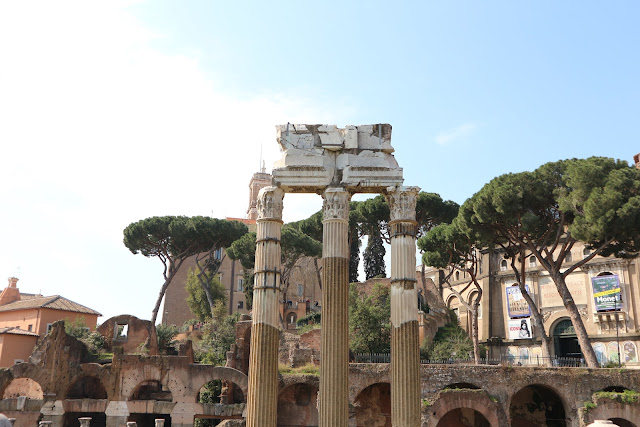 The building was the embassy of Republic of Venice in Rome.

This is my dessert culinary best part: G-E-L-A-T-O! I have ate 5 gelatos in 5 days a row! I have tried different flavours and different gelateria. Venchi is the most delicious gelato I have ever tasted. You should try the chocolate flavours because it is very tasty and rich. For the piccolo (small) portion with 2 scopes and chocolat topping at the bottom of the cone, cost 3.5 euro. But, in other part of the post, I will show you the cheaper and bigger portion of the gelato with the delicious taste as well! 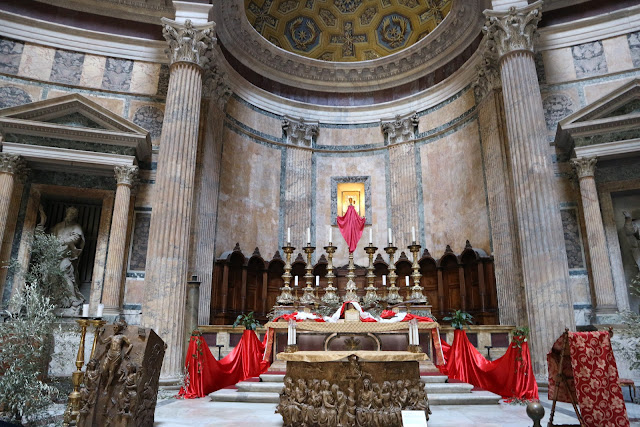 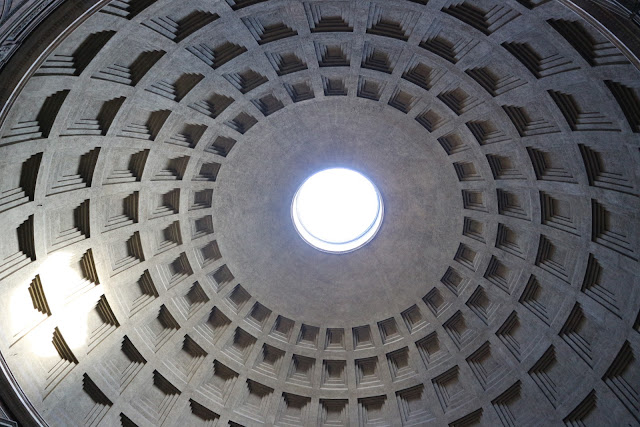 It was a Roman Temple, but now is functioning as a church and tourists' object. The building was built in Caesar August period but still very nice as it seen in the picture. Inside, there is an altar and also popular paintings which equipped with audio explanation (by using 2 euro coins).

There are a lot of Piazza in Rome. In my personal view, Piazza Navona is one of the prettiest piazza. The surrounding building colour is dominated with orange - brown. The atmosphere was cozy and friendly, with plenty artists and painters but still sound because it's not really crowded. You can also chill in the cafe/ restaurant in the side.

The Tiber River is the third largest river in Italy. In comparison with London, it looks a bit like The River Thames but not the same. You can go down to the river side. But watch your steps, because it will be slippery in the certain area due to river's mud, so becareful with you shoes! Jordy and Hilda was using the water from the river to brush their shoes, OMG. 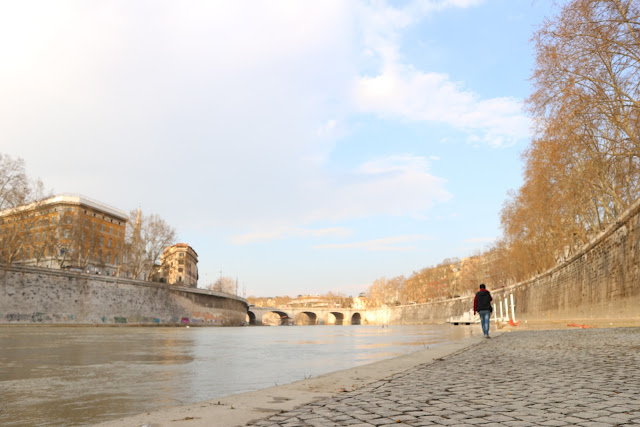 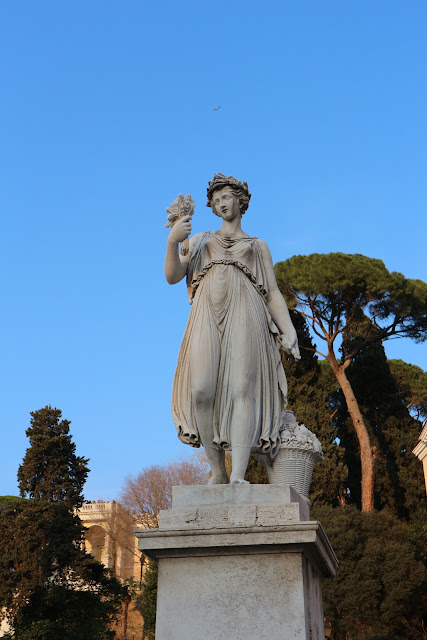 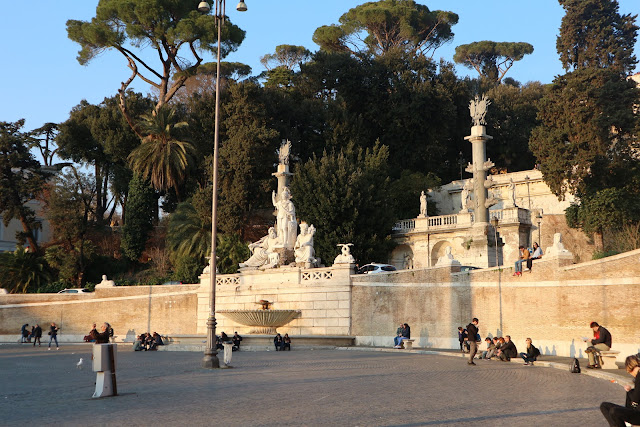 This piazza is like the modern community place for the people. It allowed people to chilling and jamming. We saw so many young people spending their afternoon to watch the sunset while the live music is on. Moreover, you can climb the stairs to the Pincio Gardens and see the prettier sunset with the view of St. Peter Basilica. 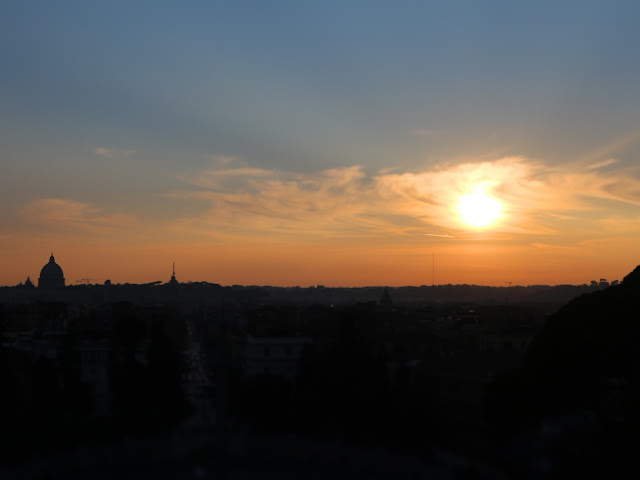 Alright, now, let's take a look of our poses! 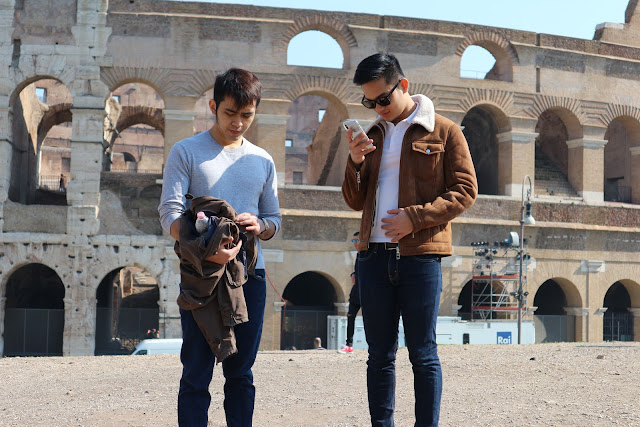 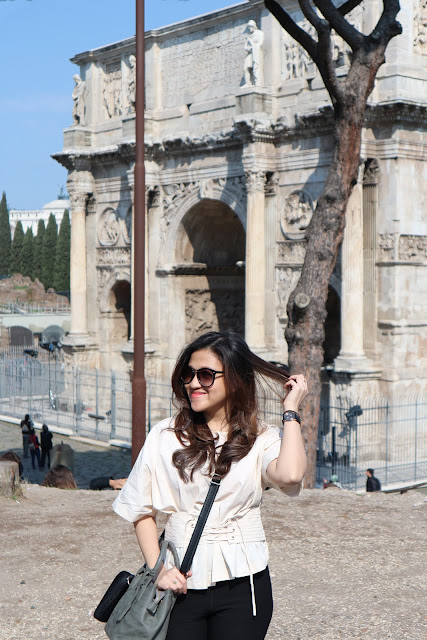 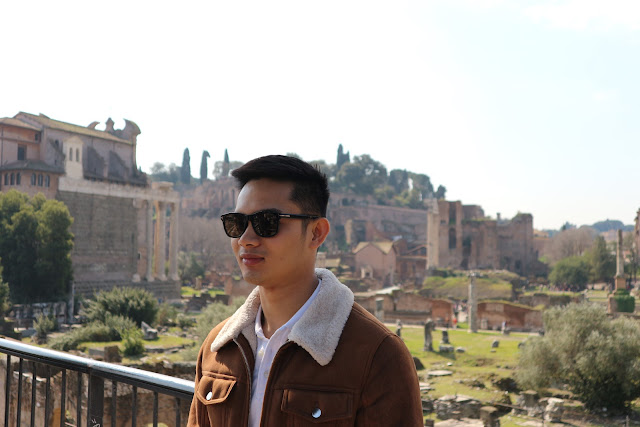 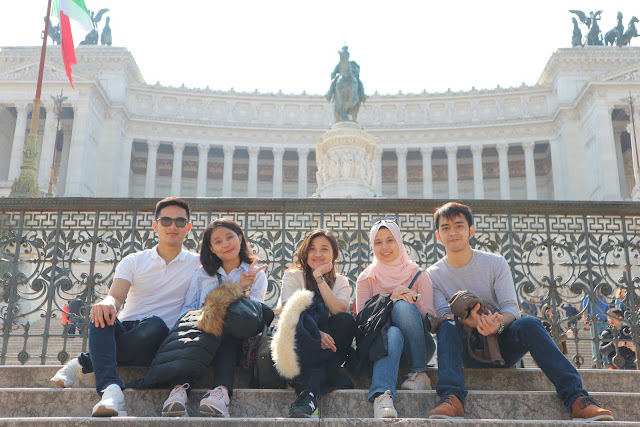 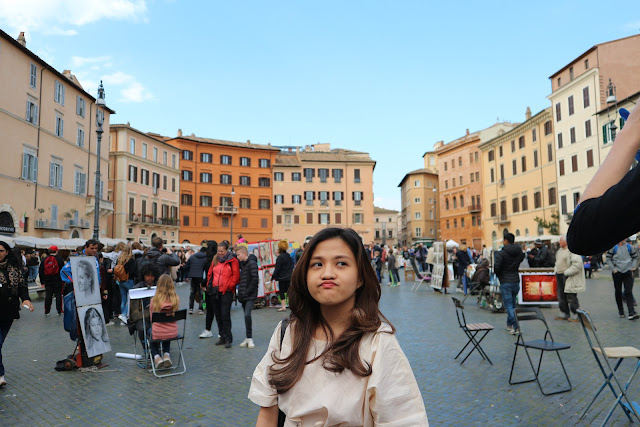 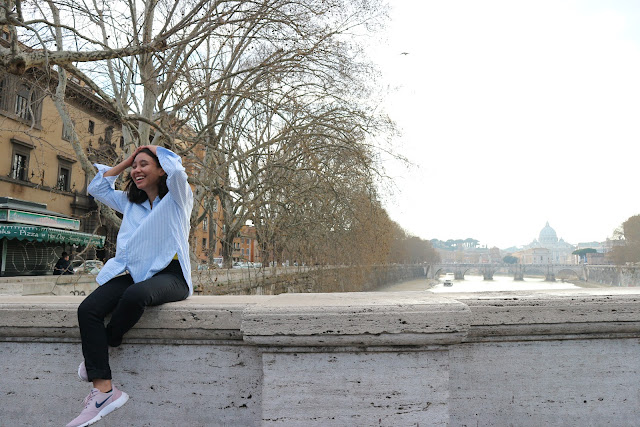 Find me in Social Media